...one of them that I wish hadn't happened. 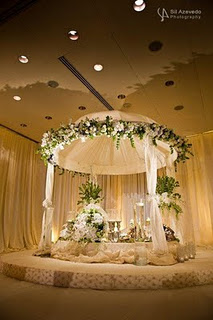 You may have heard about the multiple murder/suicide that occurred in Grapevine at Christmas. A tragedy to be sure, and I grieved for the families. However, it became a lot more personal for me when I learned a few days ago that I had actually met at least one, and possibly more, of the victims.

Last June I had the honor to officiate at a Persian themed wedding at Union Station in downtown Dallas. It was truly an international affair with guests from multiple countries, including Iran. The bride's family, of Iranian heritage, wanted elements of a traditional Persian wedding, so the bride and groom asked me to structure a ceremony accordingly. The ceremony took place at a beautiful stage setting, including the traditional Persian "sofreh", or wedding cloth spread with decorations, sweets, pastries, and other items. Part of the ceremony takes place with the bride and groom sitting behind the platform, but there is traditionally a mirror on the sofreh, so that they may see each other's reflection. 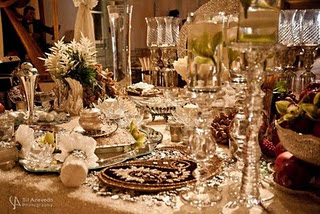 The sofreh and other decorations you see in the picture were designed and arranged by Zohreh Rahmaty, a delightfully creative woman. She was one of the victims; the shooter was her brother-in-law. It's likely I met some of the other victims, but don't know for certain.


My point is, we are not guaranteed tomorrow.  Whatever you need to get said or done, get it said or done sooner rather than later. I imagine that thought has crossed the mind of family and friends who lost loved ones in this senseless tragedy.