The Circle of Life


This is a bittersweet weekend for our family. Today marks my father's 85th birthday. What a guy! Still active and even hosted most of the family at his place for Turkey Day. 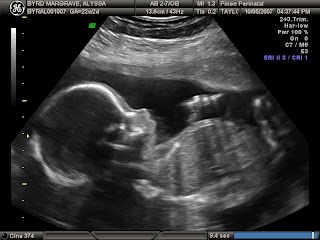 It's also the anniversary of the loss of Sydney Grace Byrd. She would have been two years old tomorrow. Click HERE to see the video that Ian made for his daughter for her memorial service.


So why do some of us live such long lives and some lives are so short or non-existent? Not for us to know or understand now. We'll find out later. Couple of things I want to ask God, one about Sydney Grace, the other about what miracles He has in store for Henry Adam Byrd, now five weeks old.

...never too young to be Longhorns
The picture of Liam and Henry taken during the Texas vs. Baylor game really doesn't need much explanation. 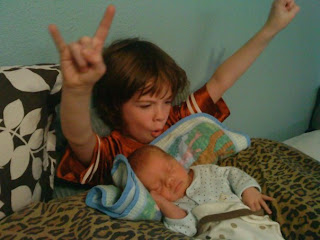 The one of Ian, Liam and Henry was taken game day, 'Horns vs Kansas. 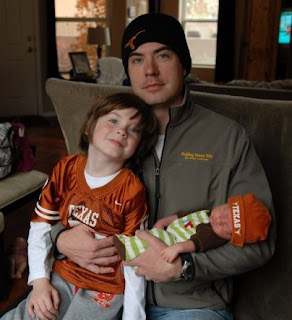 Makes a father proud!
Blessings,
Ken
Posted by Ken at 8:18 PM No comments:

...this is why you hire them

Over this past weekend I had an experience that once again points out why you should hire professionals for your wedding.

I had a wedding on my schedule at a large Dallas hotel. Rehearsal Friday night went smoothly and the event coordinator was top notch. She and I have worked together before. However, on Saturday, she was injured in a car accident and was not able to be there for the wedding. Turned out, the hotel catering staff has a backup plan for everything. When I walked in on wedding day, things were well under control and all it took was a quick convo between me and some staff members and we were ready to proceed. The ceremony and reception went as planned without a hitch in getting them hitched.

My advice to couples is this: your wedding day only happens once so take advantage of industry professionals who have the experience to make your occasion go smoothly. Whether you go for an all-inconclusive package at a hotel or country club, or if you hire your own individual vendors, use seasoned professionals. At the end of the day, you'll be happier for it. And always have a backup plan!

Okay, I know I'll get asked, so the answer is: Hotel Adolphus.

...your home is ready
He's home! At the ripe old age of 11 days Henry Adam is home from the 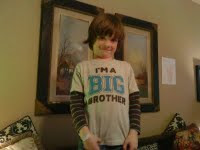 hospital. This major step was a 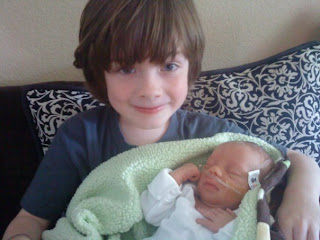 huge one and a great relief to Ian and Lyss. I think, however, it's an even greater relief to Henry's big brother, who can now see with his own eyes the reality of having a baby bro. 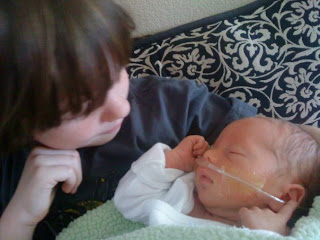 This rapid improvement surprised the doctors, who had initially said that Henry might be in the NICU for up to a month. He's a fighter, already gaining weight. He did come home on oxygen but that's temporary. 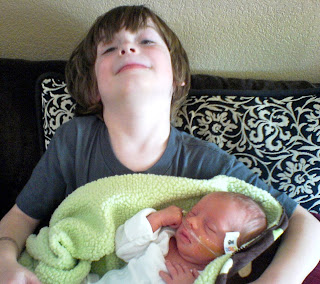 Mainly, he's home, surrounded by love. If he was thriving in the hospital, just think how well he'll do at home.
Enjoy the pix. For some reason, excessive staring at these pictures makes my eyes watery. Wonder why?
Blessings,
Ken

...I became a grandfather for the first time
Still remember the early phone call on that Saturday, Adam telling me that Heather was in labor. We were dressed, 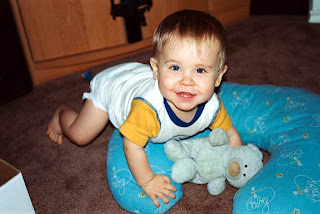 packed and in the car in no time at all, heading down I-35 to Round Rock. Luckily, we made it with time to spare and stood outside the birthing room with Heather's parents. Waiting. Waiting. Waiting.
When we heard the first cry, the tears streamed and a few minutes 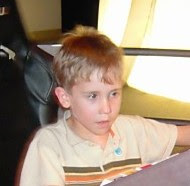 later, Adam burst out of the room with possibly the biggest smile I had ever seen on his face.
Aidan Kenneth Byrd, born November 2, 2002. He's #1, not in the sense of being the favorite but he was the first and as such will always have a special place in my heart. Happy Birthday, Aidan!
Blessings,
Ken
Posted by Ken at 7:47 PM No comments: